The American Society of Plastic Surgeons reports botulinum toxin type A injections were the most sought-after minimally-invasive cosmetic procedure in the country in 2013. At 6.3 million injections, other top procedures such as soft tissue fillers, chemical peels and laser hair removal didn’t come close at 2.2 million, 1.2 million and 1.1 million procedures respectively in 2013.

You may know botulinum toxin by the trade name Botox. This solution to smooth wrinkles is, however, just one of a group of medications that use the same active ingredient to affect muscle activity. Other brands of this drug include Myobloc, Xeomin, and Dysport.

While all of these products use botulinum toxin type A, each one is different particularly as it relates to dosing. That’s why you can’t use these solutions in conjunction with each other.

Dysport has been used in the United Kingdom since 1991. It was initially developed and approved as a treatment for involuntary blinking and various forms of muscle spasms, including hemifacial spasm and post-stroke arm spasticity.

In 2009 the Food and Drug Administration approved Dysport for the treatment of cervical dystonia, a chronic condition characterized by involuntary contractions of the neck muscles. Dysport was also approved to temporarily reduce the appearance of moderate to severe glabellar lines. The glabella is the skin between the eyebrows and above the nose. Each time you make a facial expression you are working a facial muscle. When you frown, smile or squint a groove forms beneath the skin’s surface. Aging skin loses its flexibility and the lines that normally only appeared when an expression was made are now permanent features of your face. This explains why glabellar lines are better known as “frown lines.”

According to the company’s USA site, Dysport goes to work on the muscles that repeatedly contract, tighten and cause wrinkles with one injection into each of five points above and between the brows. When Dr. Bock administers this solution, it blocks the signal sent by the nerve to the muscles that normally cause the activity responsible for lines. Since the signal needed to produce the contraction is blocked, the muscles can’t cause lines when we frown or make other expressions.

While this treated area will look smooth and youthful again, you don’t have to worry about areas of your face appearing unnatural and frozen. Dysport only works at the site of the injection. Your face will still be able to express how you feel, and the professionals at California Skin & Laser Center certainly hope you feel better about how you look with this treatment.

We’ll want to discuss if you have had any allergic reactions to botulinum toxin products, such as Botox, and any medical conditions that affect the muscles and nerves. Call 209-751-4292 so we can walk through these and other considerations associated with getting a Dysport injection in Stockton. 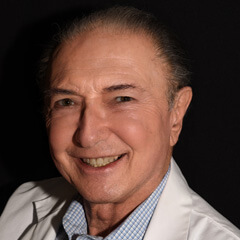 Dr. Gerald Bock is a board-certified general, cosmetic, and surgical dermatologist serving patients in the following California, United States communities: Lodi, CA; Stockton, CA; and Elk Grove, CA. He is a fellow with the American Academy of Dermatology and is a pioneer of cosmetic surgery in the Central Valley. Dr. Bock’s goal is to provide services that enhance an individual’s beauty without making them look like they have had anything done. He is committed to helping patients achieve their aesthetic goals with innovative treatments that deliver ageless results.

Just had stitches removed so I wasn't there very long. Just keep doing what you're doing guys! A friendly environment for your clients indeed!
~ Joretta
Read More