Menu
Currently, the office is open and fully operational...
During this unsettling time we would like to assure you that providing a safe and healthy environment for our patients and staff is our top priority.
Read in Detail
For the protection of our staff and patients, as of June 1, 2021 we will require all adults wishing to enter our office to present proof of vaccination, or a written medical excuse explaining why they cannot be vaccinated.
Covid Vaccination Policy
x 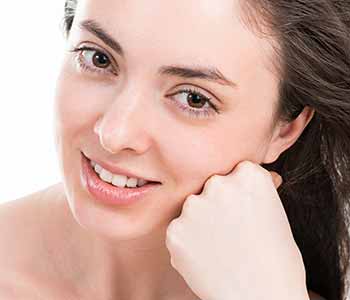 In the past two decades there has been a strong trend toward less dramatic facial rejuvenation surgery. Dr. Gerald Bock is a big proponent of procedures that make patients look better, not different.

Alternatives to “traditional” facelifts are more popular than ever. These alternative treatments include the Minimal Access Cranial Suspension lift. Also known as the MACS, S-Lift or Short-Scar Facelift, the length of the incision is minimized. Since the incision is made in front of the ear and doesn’t extend behind the ears or run up to the temples, it is inconspicuous, hidden by natural contours.

A University of Florida College of Medicine study published in the Annals of Plastic Surgery June 2014 found that, at slightly more than two hours in length, the MACS lift surgery required roughly half the time of a “conventional” lift. Less extensive cutting and fewer hours on the operating table converge to result in less healing and downtime. You may be back to normal activities in about a week.

With a traditional facelift, bruising may linger for three weeks and swelling for four weeks. You may miss work for two to four weeks and be advised to wait at least four weeks before resuming exercise.

Time equals money, especially when you consider missed work. In addition to less downtime and fewer side effects, the MACS lift is also more affordable than a traditional rhytidectomy procedure.

According to the American Society of Plastic Surgeons, the national average surgeon/physician fee for the conventional facelift was $2,400 to $3,400 more than less invasive facial lifts listed in the 2013 ASPS report.

The facelift was the most expensive of nearly 30 cosmetic surgical procedures listed. Only the “lower body lift” costs more.

Generally, you may be a candidate for a MACS Lift if you have a minimal to moderate amount of excess neck, jowl and mid-face skin and have retained good bone structure and some elasticity. After board-certified dermatologist Dr. Gerald Bock determines this procedure is right for you, he and his expert team can go over details regarding cost of the MACS Lift in Stockton. Call California Skin & Laser Center on 209-751-4292 to schedule a consultation.

Back to Cosmetic Surgery Page

Dr. Gerald Bock is a board-certified general, cosmetic, and surgical dermatologist serving patients in the following California, United States communities: Lodi, CA; Stockton, CA; and Elk Grove, CA. He is a fellow with the American Academy of Dermatology and is a pioneer of cosmetic surgery in the Central Valley. Dr. Bock’s goal is to provide services that enhance an individual’s beauty without making them look like they have had anything done. He is committed to helping patients achieve their aesthetic goals with innovative treatments that deliver ageless results.